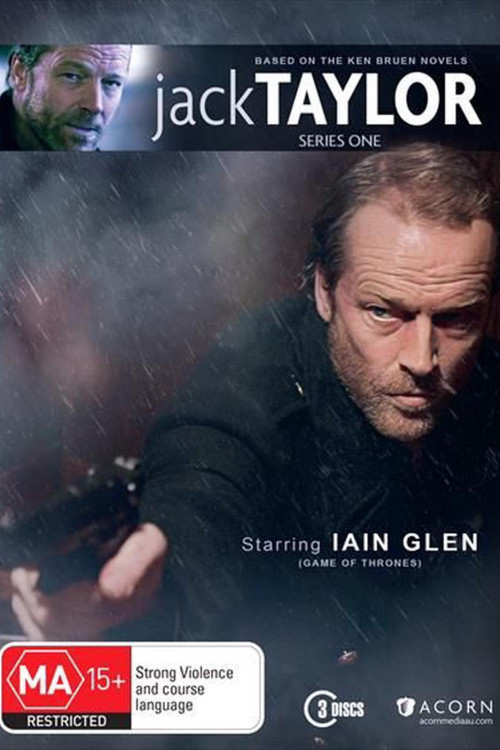 Guards: When the beautiful Anne Henderson comes into Jack´s local pub and asks him to find her missing daughter, he uncovers the seedy underbelly of Galway´s middle-class. Four girls´ bodies turn up in the river. Jack´s paratrooper friend Sutton washes up in Galway, too, luring Jack to the dark side. He´s a loose cannon with a new identity and a secret past. When Jack´s surrogate father and barman dies under mysterious circumstances, everything he believes in begins to unravel, making Jack question even those closest to him… Pikemen: Jack is returning to his beloved Galway clean and sober after having been away for a year. It is not long before Jack is dragged back under when he uncovers a group of vigilantes calling themselves The Pikemen, after old Irish Freedom Fighters. Jack is pushed to the brink like never before. He soon realizes that the only way to see justice done is to do the very thing he has been trying to avoid: to become like the Pikemen. Magdelen Martyrs: Jack is hired by the daughter of a former inmate of the infamous Magdalen Laundries, a home for wayward girls, to find the identity of a former nun, known only as Lucifer. The seemingly simple case grows complicated when two young boys are murdered. Jack sets out on the old nun´s trail, uncovering religious hypocrisy and abuse. Dramatist: Against all odds, Jack Taylor is clean and sober. But in his Galway, grief is never far away. While his mother lies dying in a decrepit retirement home, a jailed drug-dealer summons Jack. He doesn’t believe the death of his sweet younger sister was an accident. A second murdered girl is found and Jack receives teasing messages from a Killer obsessed with the Synge play, ‘Deirdre of the Sorrows’. Having recently tracked and trapped a psychotic swan killer, Jack is now forced to hunt something far worse. The hunt will take Jack far from the familiar streets of Galway to the wilds of Clare and into the terrifying lair of a brilliant madman. Priest: When the dead body of an old priest, Father Joyce, is discovered, beheaded, Jack Taylor investigates. He finds out that Joyce had abused two boys, Michael Clare and Tom Reed, many years ago. While Tom has fallen on hard times, never able to recover from Joyce’s abuse, Michael is now a successful business developer with a major redevelopment of the docks planned, worth billions to the city. As Jack digs into Clare’s murky past, he meets resistance every step of the way.

Moving On: Secrets and Words

Moving On: Secrets and Words

Stolen Miracle (aka An Officer and a Baby)

Stolen Miracle (aka An Officer and a Baby)

“The Galway setting provides… as much dysfunctional beauty as one could hope and dread to hold in one’s heart” - THE GUARDIAN “Always delivers good, gripping scenes” - RADIO TIMES “The Perfect Fix for Your Game of Thrones Withdrawal” - VANITY FAIR